Letters Stamped Near The Valley Pan

Confusion Over Square Boss On The Bellhousing

Some think that if there is a square casting boss (or bump) on the bellhousing - then you must have a 425.  This is not always the case.  See the pictures below.  This 1966 401 has a square casting boss.  The first picture below shows the square boss at the left.  The second picture below clearly shows the block casting number.  This engine is not a 425!  Measuring the bore and using the engine code letters stamped at the front of the block confirm that it is a 401.  Note the lifting eye that is cast into the block - this is a 1966 only feature. 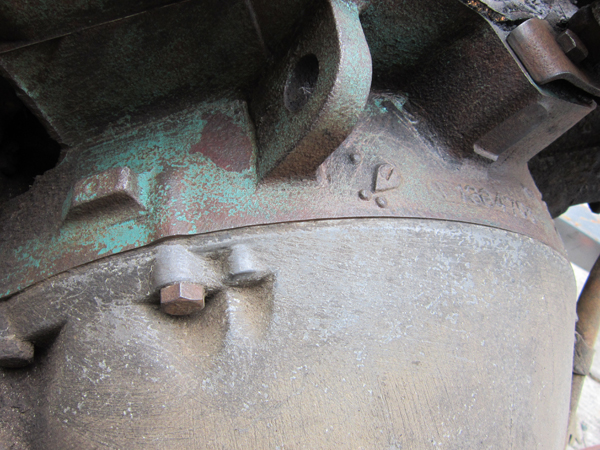 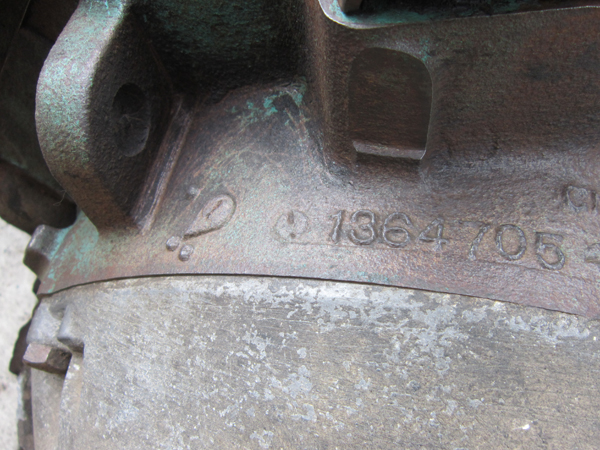 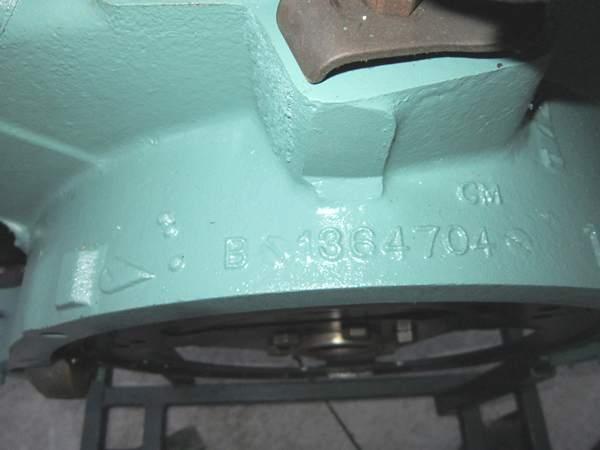 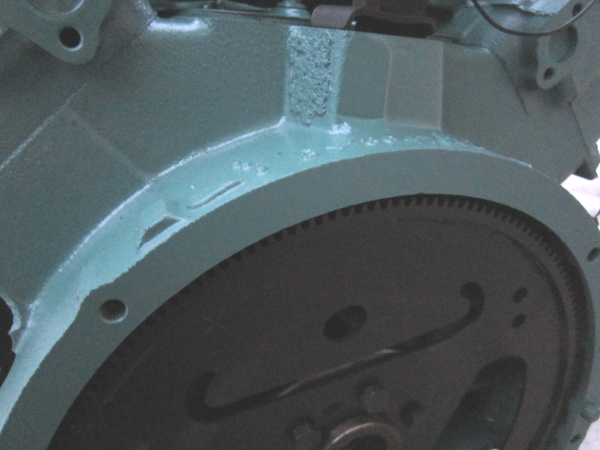 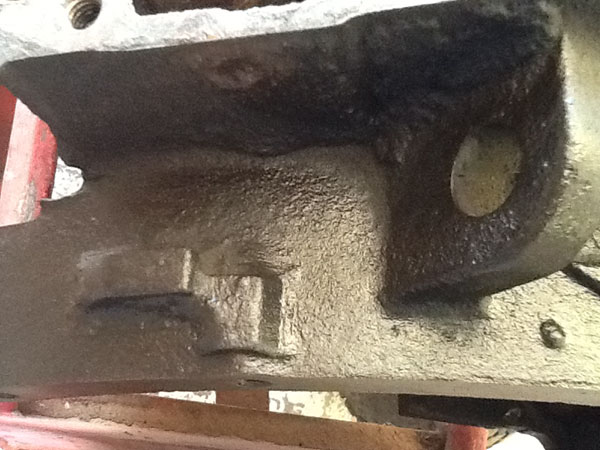 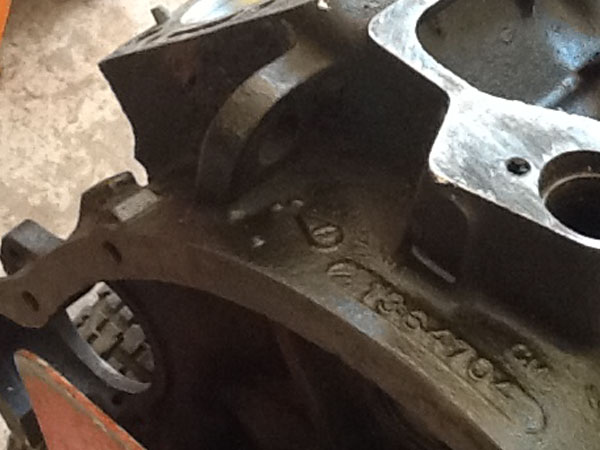 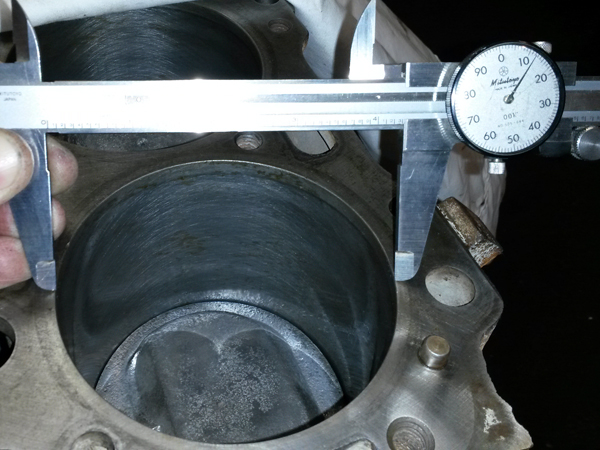 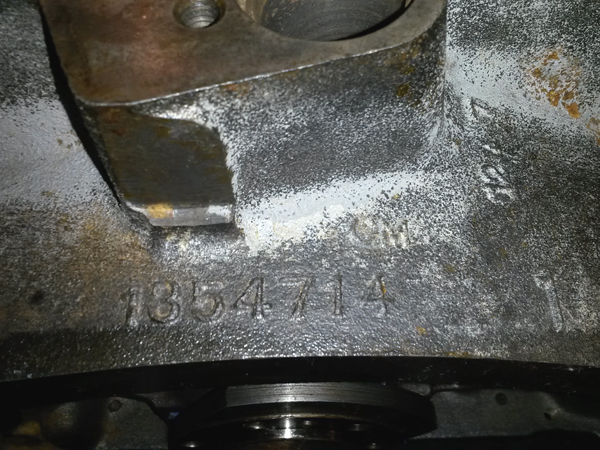